Build a Machine Learning Application with a Raspberry Pi

Developers need a more accessible platform for gaining experience in development of machine learning applications and a deeper understanding of resource requirements and resulting capabilities.

As described in the Digi-Key article “Get Started with Machine Learning Using Readily Available Hardware and Software”, development of any model for supervised machine learning comprises three key steps:

Data preparation combines familiar data acquisition methods with an additional step required to label specific instances of data for use in the training process. For the final two steps, machine learning model specialists, until recently, needed to use relatively low-level math libraries to implement the detailed calculations involved in model algorithms. The availability of machine learning frameworks has dramatically eased the complexity of model implementation and training.

Today, any developer familiar with Python or other supported languages can use these frameworks to rapidly develop machine learning models able to run on a wide array of platforms. This article will describe the machine learning stack and training process before getting into how to develop a machine learning application on a Raspberry Pi 3.

To support model development, machine learning frameworks provide a full stack of resources (Figure 1). At the top of a typical stack, training and inference libraries provide services for defining, training, and running models. These models in turn build on optimized implementations of kernel functions such as convolutions and activation functions such as ReLU, as well as matrix multiplication and others. Those optimized math functions work with lower level drivers that provide an abstraction layer to interface with a general purpose CPU, or take full advantage of specialized hardware such as a graphics processing unit (GPU) when available.

For example, to create the kind of machine learning image recognition system described below, developers can add a camera such as the 8 megapixel Raspberry Pi Camera Module v2 or its low-light Pi NoIR camera (Figure 2).

On the software side, the Raspberry Pi community has created an equally rich ecosystem in which developers can find distributions including complete pre-compiled binary wheel files for installing TensorFlow on a Raspberry Pi. TensorFlow provides these wheel files for Python 3.4 and 3.5 on the Raspberry Pi wheels repository piwheels.org. Alternatively, because Docker now officially supports the Arm architecture, developers can use suitable containers from dockerhub.com.

Using this combination of software, a Raspberry Pi 3, and a camera module, developers can build a simple machine learning gesture recognition application using sample code from Arm. This application is designed simply to detect when the user has made a specific gesture: in this case, throwing hands up in the air in a sort of celebratory gesture.

To start, use a Python script (record.py) to record short video clips of someone performing the same gesture a few times. Because this application is meant to be as simple as possible, the next step begins training using the Keras machine learning application programming interface (API) embedded in TensorFlow. In this example, the training process is defined in another Python script (train.py) that includes the Keras model definition and training sequence (Listing 1).

Listing 1: In this snippet from the Arm sample application repository, the training process combines a pre-trained model with the simple classifier required for this application. (Code source: Arm)

Despite the apparent simplicity of this model, it is actually quite sophisticated, using a technique called transfer learning. Transfer learning uses a proven model trained with one data set as the starting point for training a model targeting a different but related problem set. In this case, this application uses an optimized convolutional neural network (CNN) model from Google's MobileNet model set.

Developed by Google, MobileNet models are CNNs trained on a subset of the de facto standard ImageNet dataset of labeled images. The distinguishing characteristic of MobileNet models is that they are configured to support the kind of reduced resource requirements needed for mobile devices or general-purpose boards such as the Raspberry Pi. The cost of this resource reduction is reduced accuracy. Although these models provide a level of accuracy that will fall well below requirements for mission critical applications, MobileNet models can prove useful for more relaxed requirements and for serving as the base model in transfer learning.

For this application, the train.py script creates a feature extractor using a MobileNet model where the final classification layer has been removed:

The application then uses that modified model to create the feature set (features) for this training data set of images:

features = [feature_extractor.features(f) for f in x]

where x is an array containing frames produced by record.py during the initial data collection step.

Finally, the train.py script uses the Keras fit method to train the model and the save method to save the final model for use during inference:

To use the resulting model file for inference, invoke another script, run.py. The key design pattern in this script is the endless loop, which takes each frame, calculates features (extractor.features), uses the same classifier for inference (classifier.predict), and generates the predictions for the label (np.argmax). The predictions are simply whether the target gesture has occurred, or not (Listing 2).

Developing an application to detect one class of input such as a single gesture is a worthwhile exercise in machine learning development, but machine learning applications are typically intended for multi-class classification. Another Arm sample application demonstrates the steps needed to do just that, and provides a more complete example of the steps typically required to complete multi-classification model development. For example, the single gesture application requires no significant data preparation other than capturing the desired gesture. In contrast, the multi-classification application involves substantial data capture and an associated development step to label the captured video with the target class (the gesture) using a Python script that Arm provides. In this case, the developer captures short video clips of different actions such as entering or leaving a room, pointing at a light (to turn it on or off), and making different gestures to start or stop music playing. Using the classify.py script, view the images and enter the appropriate label (an integer corresponding to each action). After labeling is complete, hold back about 10% of the labeled data for use to test the model as discussed below.

With the training data and reserved test set in hand, the next step involves creation of the model itself. Unlike the heavy use of a pretrained model in the single gesture application, this application builds a complete CNN model. In this case, use a series of Keras statements that build a model layer by layer using Keras functions that build a 2D convolution layer (Conv2D), add an activation layer (Activation), a pooling layer (MaxPooling2D), and so on (Listing 3).

This model also introduces the concept of a dropout layer (Dropout in Listing 3), which provides a form of model optimization called regularization. In model training algorithms, a regularization factor reduces the model's tendency to chase every feature, which can cause overfitting in models. Dropout performs this same function by literally dropping a random set of neurons out of the processing chain (Figure 3).

With the completed model in hand, use conventional training methods built into TensorFlow and other frameworks. The actual training process can take hours, days, even weeks for very complex models. Although developers typically use GPUs to speed training, the use of transfer learning, as in the earlier application, can help reduce training times. However, the use of a complete model in this multi-classification application translates into significantly greater training times. Arm notes that training time for this application could be significant on a Raspberry Pi. Instead, Arm suggests developers install TensorFlow on their own workstation, perform training on the workstation, and copy the trained model back to the Raspberry Pi.

When using the model, the inference process largely follows the same series of calls shown earlier for the single gesture application. For this application, of course, the inference process uses the custom model described in Listing 3, rather than the single gesture pre-trained model and shallow classifier described in Listing 1. Beyond that obvious difference, multi-classification model development adds an additional step for testing the model before production use.

In this test phase, run the model just as for production inference, but instead of using some new input data, use the 10% labeled data held back from training. Because the correct answer for inference of each test image is already known, a test script can record the actual accuracy results for comparison with the accuracy results achieved at the completion of training.

Beyond its basic benefits as a hard metric, the test phase and the way the model responds to test data can offer hints on what steps may need to be taken to improve the model. Because this test data comprises the same type of data used in training, a trained model should generate predictions with the same level of accuracy achieved during training itself. For models that exhibit overfitting, reduce the number of input features and apply more robust regularization methods. For models with underfitting, do the opposite; add more features and reduce the amount of regularization.

TensorFlow and other frameworks each provide a consistent model development approach that can be applied across a wide range of target hardware platforms. Yet, they are by no means the only approach. When developing machine learning applications on Arm-based platforms, developers can turn to the company's own libraries.

To implement a neural network with CMSIS-NN, developers can import an existing model from TensorFlow or other frameworks. Alternatively, they can implement a CNN natively through a series of CMSIS-NN function calls. For example, to implement a CNN able to process the industry standard CIFAR-10 labeled image dataset, the developer would build the model layer by layer, similar to the method shown earlier for Keras. In this case, the CNN layers are implemented as a series of CMSIS-NN function calls. The final softmax layer produces the 10 output neurons required for CIFAR-10 (Listing 4).

General purpose platforms lack the resources to deliver the kind of inference performance possible with GPU-based systems. As a result, these platforms typically cannot reliably support any kind of "real-time" inference of video that is operating at the usual frame rates needed to maintain flicker-free appearance. Even so, the CMSIS-NN CIFAR-10 model described above can achieve inference rates of about 10 per second, which could be fast enough to support relatively simple applications that require limited update rates.

The continued development of reduced models, such as MobileNet and frameworks such as TensorFlow Lite and Facebook's Caffe2Go, offer further options for implementing machine learning on resource-constrained devices for the IoT and other connected applications.

With the availability of machine learning libraries and frameworks optimized for those boards, developers can use boards such as the Raspberry Pi 3 or the STMicroelectronics NUCLEO-F746ZG to implement effective machine learning inference engines able to deliver useful results for applications with modest requirements. 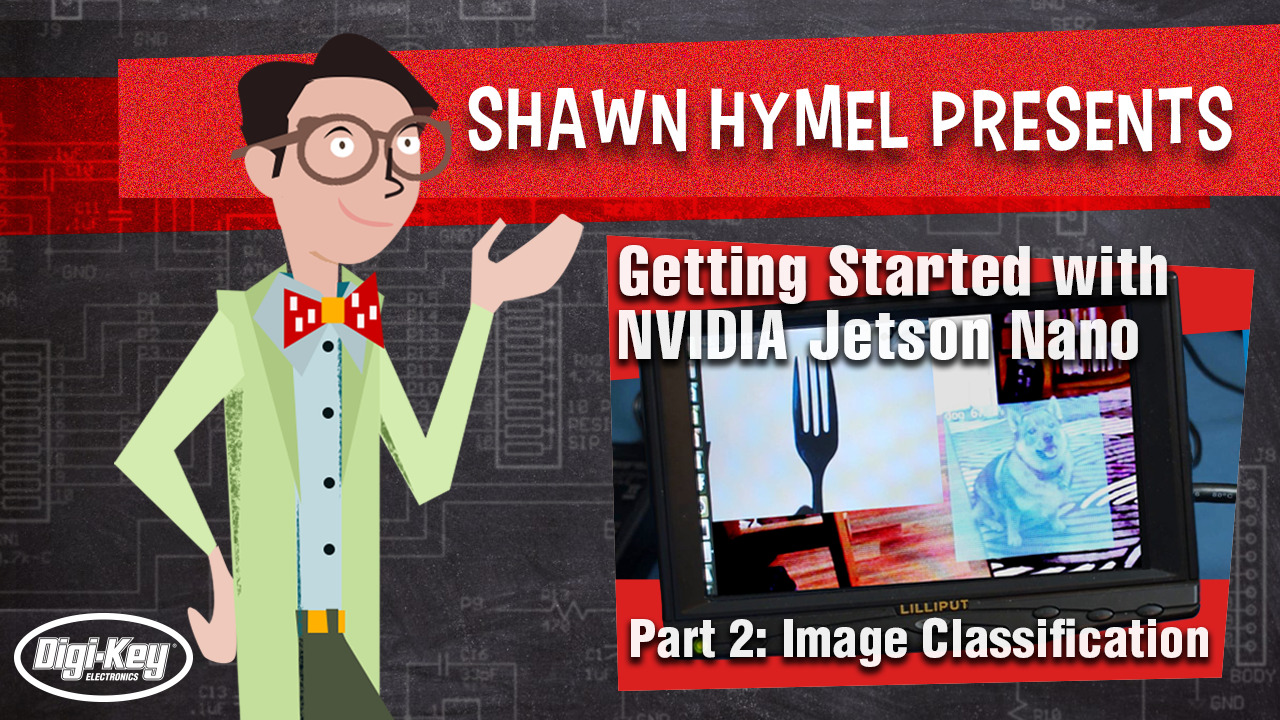 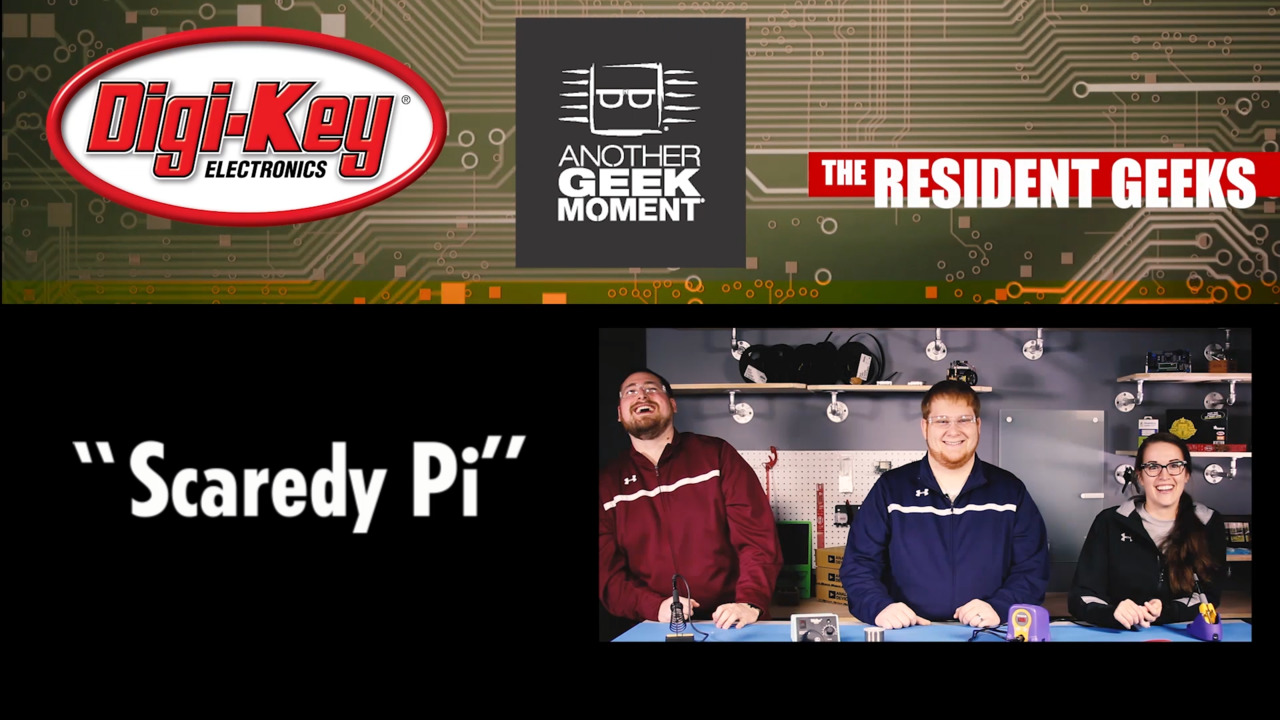