ROHM’s silicon carbide (SiC) MOSFETs are available in a range of current ratings and packages. They come in a variety of ON resistances and voltage (VDSS) ratings of 650 V, 1,200 V, or 1,700 V. Unlike IGBTs there is no tail current during turn-off resulting in faster operation and reduced switching loss. Also, unlike silicon devices, the ON resistance remains relatively constant even at high temperatures, minimizing conduction losses. Bare dies up to 1,700 V are also available.

Silicon Carbide (SiC): History and Applications Learn the history of Silicon Carbide (SiC) including the variety of uses, pros and cons, and products produced using SiC.
How to Correctly Apply the Right Power Devices to Meet Industrial Power Supply Requirements By correctly applying the right power components for industrial power supplies and converters, designers can ensure the necessary performance and reliability.
Working with SiC MOSFETS: Challenges and Design Recommendations SiC MOSFETs bring enormous benefits but only if designers are aware of design obstacles such as parasitics, ringing, and conduction and switching losses. 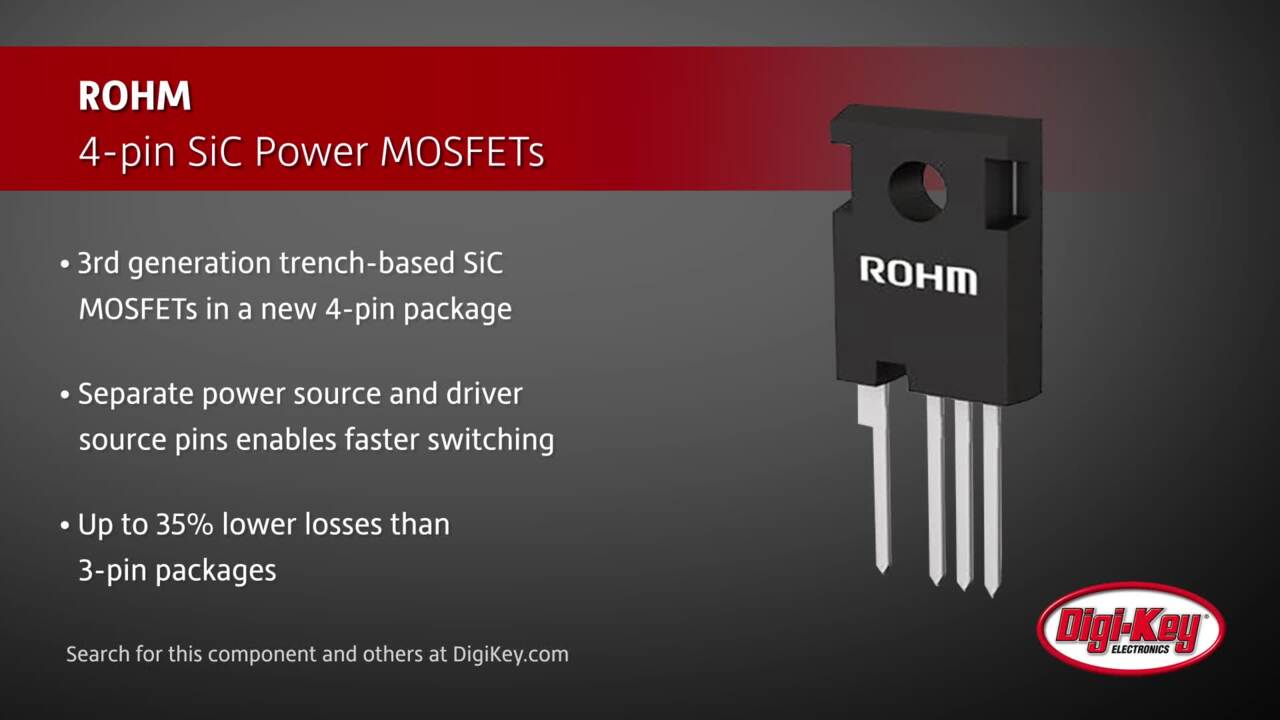 Digi-Key's team of Engineers and Technicians are ready to answer your questions on the TechForum.
Ask a Product Question
Help Topics