Khadas' VIM1 is an Amlogic S905X Arm® development board

The VIM1 is the original Amlogic S905X Arm development board designed by Khadas for hobbyists, makers, and electronic fans; many refer to it as an "Open Source TV Box." It is slightly smaller than a Raspberry Pi with dimensions similar to that of a credit card. The VIM1 is only available in two versions: VIM1 Basic with 8 GB EMMC storage and AP6212 (b/g/n) Wi-Fi, and VIM1 Pro with 16 GB EMMC storage and AP6255 (b/g/n/ac) Wi-Fi. Both versions have 2 GB of DDR3 RAM and Bluetooth® 4.2.

Just like a familiar desktop computer, the VIM1 single board computer supports the booting of multiple operating systems. Users can choose from a variety of OS images (ROMs) from their documentation or community forum. Popular OSes include Android 7.1/8.0, Ubuntu 18.04, LibreELEC, Armbian, and Buildroot. There are even dual-boot images for developers to boot both Android and Ubuntu from the same EMMC.

Developers will also find a built-in 40-pin GPIO, real-time-clock (RTC), and VIN port for an extra power supply. In addition, the three user-buttons on the side provide easy access to power, reset, and function keys. Full open source code is available on GitHub, and hardware schematics can be found in their documentation. There is also a built-in power control unit for supporting power-cycling via remote control.

In comparison with the Octa-Core Amlogic S912 SoC in the VIM2, the S905X SoC in the VIM1 generates significantly less heat output. This makes the VIM1 especially useful in environments that only support passive air convection for heat dissipation rather than forced airflow. In many instances, a single heatsink is sufficient and some people may even find a heatsink unnecessary for their application.

KTONE Tone Board The Khadas tone board is an external USB hi-fi sound card that integrates the multi-core RISC microcontroller and ESS flagship audio DAC into a tiny PCB.
VIM2 Versatile Amlogic S912 SBC with SPI Flash and WOL Support Khadas' VIM2 SBC is a powerful credit-card sized single board computer that comes with a variety of case options.
VIM3 Amlogic A311D, A.I. Development Board with 5.0 TOPS NPU Khadas' VIM3 SBC has a powerful Amlogic A311D SoC and is designed with the same form-factor as their popular VIM2 and VIM1. 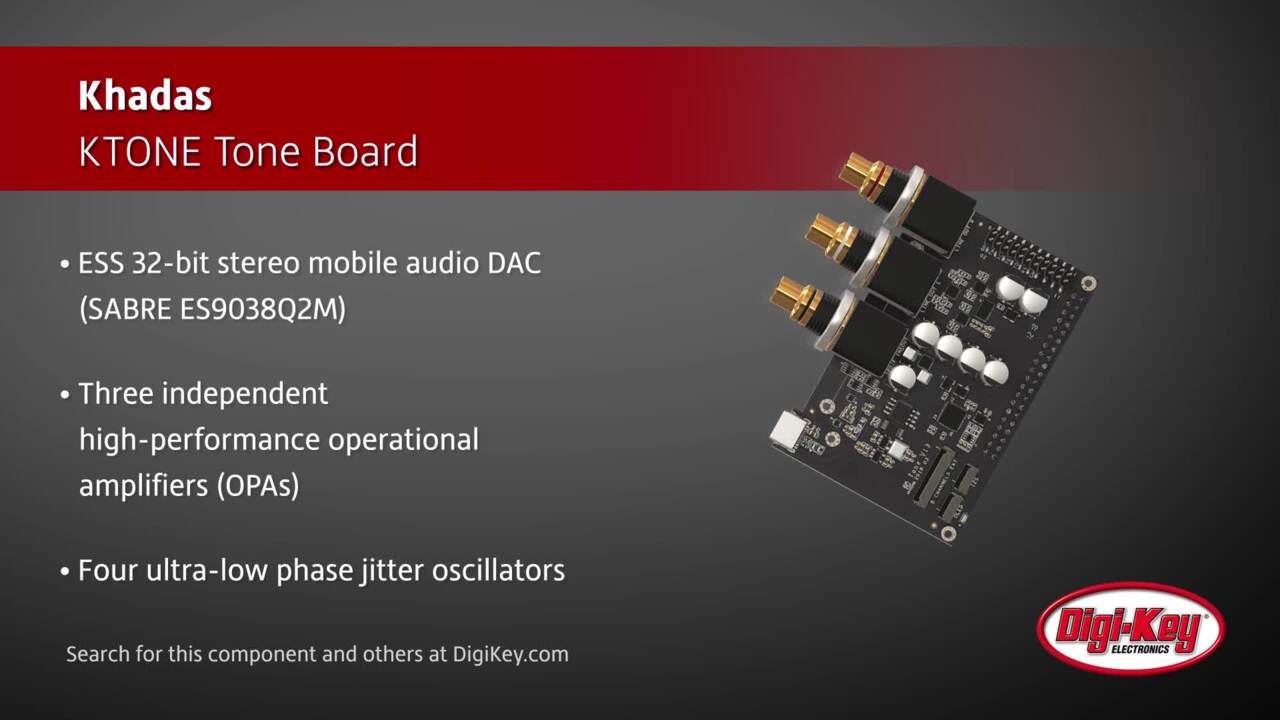