A passive infrared (PIR) sensor measures infrared light emitted from objects that generate heat, and therefore infrared radiation, in its field of view. Crystalline material at the center of a rectangle on the face of the sensor detects the infrared radiation. The sensor is actually split into two halves so as to detect not the radiation itself, but the change in condition that occurs when a target enters its field. These changes in the amount of infrared radiation on the element in turn change the voltages generated, which are measured by an on-board amplifier. When motion is detected the PIR sensor outputs a high signal on its output pin, which can either be read by an MCU or drive a transistor to switch a higher current load.

What is actually detected is the broken field for a “normal” temperature. The field does not have to be broken by an object with a different temperature in order to register change, as highly sensitive sensors will activate from the movement alone. Designed for use at ambient temperatures of 15°C to 20°C, at higher temperatures the field of view narrows, and if below 15°C, the field of view widens and small or distant objects can activate the sensor. For this reason, it is not recommended that the sensors be used in drafty environments, near HVAC equipment, or facing windows where outside temperatures, or even motion, can cause false readings.

Commonly used in security lighting and alarm systems in an indoor environment, PIR sensors have a range of approximately 6 meters, depending on conditions. The sensor adjusts to slowly changing conditions that occur normally within the environment, but shows a high-output response when a sudden change takes place.

Generally speaking, PIR sensors are small, inexpensive, low power, rugged, have a wide lens range, are easy to interface with, and are easy to use. Their best feature is that they don’t wear out. While they may be easy to use, they are also fairly complex, since many variables that can change the sensor’s input and output must be considered.

The PIR sensor typically has two slots on it, each made of material sensitive to infrared radiation. When idle, both slots detect the same amount of IR. When a person/animal comes into their environment, one half will intercept the IR, causing a positive change between the two halves. Once the entity passes through, there is a negative differential change. It is these change pulses that are detected by the PIR sensor.

PIR sensors are most frequently found in motion detector devices aptly called passive infrared detectors (PIDs). The PIR sensor in this case sits on a PCB that interprets signals from the pyroelectric sensor chip. Focusing the infrared energy onto the surface of the sensor is accomplished in two primary ways: (1) the window or cover of the PID has Fresnel lenses molded into it that are used to gather light from a very wide field of view and focus it onto the PIR sensor directly, or (2) the PID has segmented parabolic mirrors that focus the infrared energy inside of it.

For example, the Zilog ZMOTION Detection module solution (Figures 1 and 2) used for lighting control and other occupancy and proximity detection applications combines the Z8FS040 motion detection microcontroller with a pyroelectric sensor and a low-profile Fresnel lens.

Measuring only 25.5 x 16.7 mm, the module offers a 5 x 6 m, 60 degree detection pattern. This solution has a simple hardware or advanced serial (asynchronous) based configuration and interface, and features adjustable sensitivity, delay, and ambient-light threshold.

An example of a PIR sensor used in alarm systems is the Parallax PIR sensor, a pyroelectric device that detects motion by measuring changes in the infrared levels emitted by surrounding objects (Figure 3). This motion can be detected by checking for a high signal on a single I/O pin.

Features of the Parallax PIR sensor include single-bit output, a small size that makes it somewhat easy to conceal in security applications, compatibility with all Parallax microcontrollers, and a 3.3 and 5 V operation with <100 µA current draw.

In alarm systems, should a person be detected within an area being monitored by the PID, infrared energy from their body produces a warmer area than the cool area that was previously experienced by the chip focusing on the space in the room being protected. The PID is aware of the amount of infrared energy that is focused onto its surface. A small, normally closed (NC) relay controls contacts that are connected to an alarm or control panel. When the infrared energy focused on the sensor changes within a given time frame, the relay is switched.

The internal mirrored segments, or Fresnel lenses, focus on the infrared energy emitted by whatever intrudes on the field, and the intrusion causes a hot spot to move along with the intrusion within the field. The hot spot de-energizes the relay and activates the detection mechanism on the alarm panel. Again, care is typically taken to avoid drafty HVAC vents or windows, or placement near windows where external elements can cause a false alarm.

One solution, instead of having two detection zones, offers four. The Panasonic NaPiOn pyroelectric sensor module is ideal for small movement detection based on a quad-type (Figure 4) pyroelectric element with four receptors. Since the detection zone within the detection range is so precise, even small movements are detected. The lenses on this device are miniaturized because the pyroelectric element is small, enabling the use of a short focal point. This device detects small temperature differences between the detection target and its surroundings, and the lowest required temperature difference to the background is 4°C.

The detection zone has the polarity shown in Figure 5. When targets enter both the + and – zones with the same timing, the signals cancel each other, thus in this case there is a possibility that the object cannot be detected at the maximum specified detection distance.

In summary, while PIR sensor solutions have numerous advantages, challenges still exist: PIR sensors are not ideal for detecting a very-slowly-moving entity or one that does not move at all. A form moving with a direct approach to the sensor may also not be registered until the entity is in very close proximity to the sensor. In this article we have presented several representative parts that are well-suited for your passive infrared detector designs. For more information on these parts, use the links provided to access product pages on the Digi-Key website. 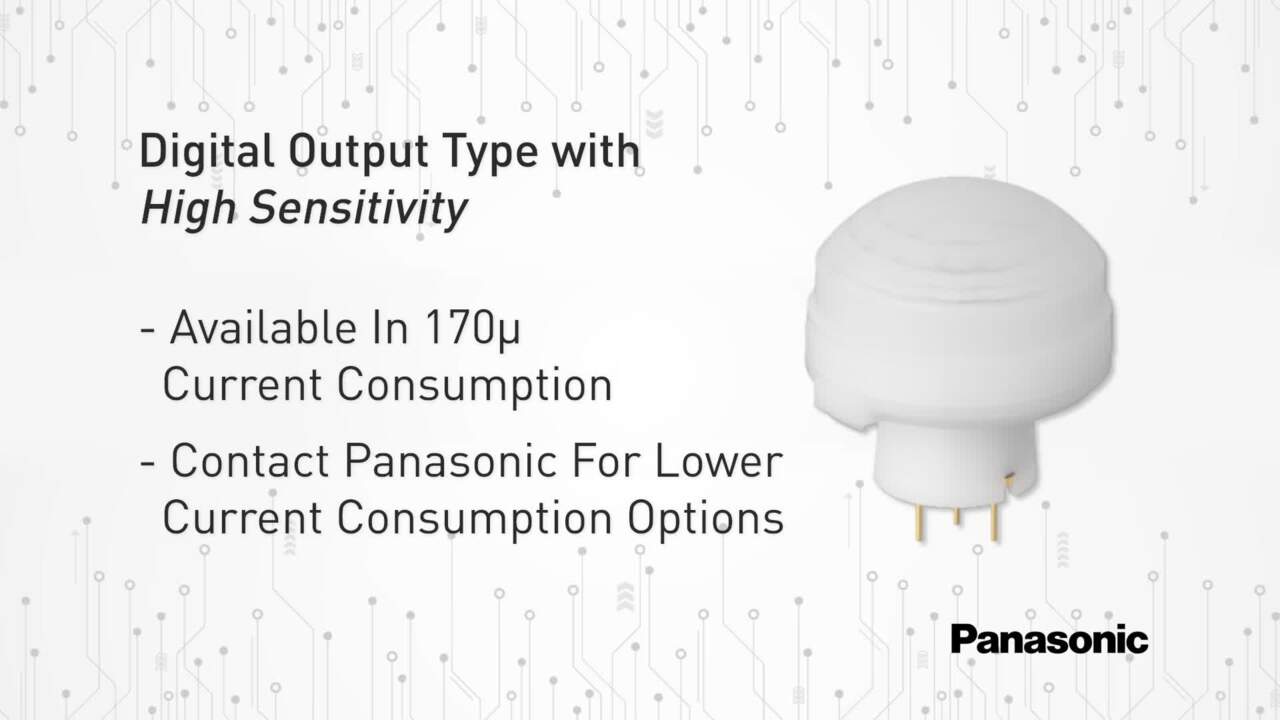 Carolyn Mathas has worn editor/writer hats at such publications as EDN, EE Times Designlines, Light Reading, Lightwave and Electronic Products for more than 20 years. She also delivers custom content and marketing services to a variety of companies.

Finished products ready to deploy for the detection of IR.