Editor’s Note: Despite the proliferation of IoT devices, securing these devices remains an on-going concern, to the degree that security challenges can be a barrier to adoption of connected devices in Industrial IoT (IIoT) and mission-critical applications where corporate and personal data may be compromised in the event of a successful attack. Securing IoT applications can be daunting, but in reality IoT device security can be built upon a few relatively straightforward principles that are supported by hardware security devices. By following well-established security practices, these concerns can be addressed. This multi-part series provides practical guidance to help developers ensure best practices are followed from the outset. Part 1 discusses the cryptographic algorithms underlying secure designs. Part 2 discusses the role of private keys, key management, and secure storage in secure IoT designs. Part 3 examines the mechanisms built into secure processors to mitigate other types of threats to IoT devices. Here, Part 4 identifies and shows how to apply security mechanisms in advanced processors to help ensure the isolation needed to mitigate attacks on the runtime environment of IoT devices. Part 5 describes how IoT security continues from IoT devices through higher level security measures used to connect those devices to IoT cloud resources.

Hardware-based cryptography with secure storage provide the foundation required to implement secure IoT designs. Secure boot and secure firmware over-the-air (FOTA) update use this foundation to build a root of trust for software execution. Nevertheless, an Internet of Things (IoT) device requires continued protection from software that can accidentally or intentionally compromise secure resources accessed by a software application and system code being executed in the runtime environment.

This article describes how developers can use security mechanisms integrated into some processors from NXP Semiconductors, STMicroelectronics, and others to more effectively protect systems from threats that occur during software execution.

How runtime software can be subverted

As discussed in earlier parts of this series, ciphers, secure key storage, and secure boot and firmware update provide necessary building blocks for IoT security. Although these capabilities are critical contributors to overall IoT device security, they can present an incomplete solution to attacks designed to subvert runtime software in connected systems. Ideally, attempts to penetrate the lines of defense provided by these mechanisms would fail thanks to the trusted environment built on the root of trust created through secure boot. In practice, systems built with these robust security capabilities can be—and have been—compromised by attacks that inject a piece of corrupt code or malware into the system.

Using a wide variety of methods, hackers can exploit security vulnerabilities in one part of a system to attack other parts. Buffer overflow attacks, for example, exploit software applications that allow large input data streams to write past the intended buffer area. If that overflow data contains code, the processor could later execute it, providing hackers with an entry point to further attacks. Using these and other methods, hackers gradually widen their penetration into broader parts of a system.

Threat mitigation is a constant battle between black hat hackers and white hat security specialists. Although threats will continue to appear, developers can significantly harden security in their designs by taking advantage of methods designed to isolate the multiple different software processes required in a typical application. For years, secure systems have been built upon a tiered protection approach. In this classical approach, concentric rings of protection provide increasing levels of isolation in a system. Applications running on the outermost layer are restricted from accessing device drivers and system services in inner layers, which are in turn restricted from accessing the software kernel in the innermost layer (Figure 1).

Intel x86 devices starting with the 80286, now available from Rochester Electronics, supported four levels, designated using a selector register that included a two-bit requested privilege level (RPL) field. Modern processor architectures such as Arm's® TrustZone have significantly extended security capabilities through a variety of mechanisms designed to isolate user processes during runtime. Developers can find this kind of tiered protection capability in a number of embedded systems processors including:

For each Arm series, TrustZone offers mechanisms that support secure boot and secure code, data, and memory, among other security features. Designed to support low-latency requirements of embedded systems, TrustZone for Cortex-M processors features performance enhancements including fast secure interrupts and fast hardware-based transitions between security states. This article describes TrustZone for Cortex-M processors focusing on a pair of processors representative of this class: NXP LPC55S69JBD100K and STMicroelectronics STM32L552VET6.

At the heart of the TrustZone architecture, processors can run in multiple operating modes that support the isolation of software processes and system resources. Processor “secure” and “non-secure” modes provide a way to isolate trusted processes from untrusted processes. Processor “handler” and “thread” modes provide a separate protection mechanism that offers further granularity in isolating processes and resources.

In the TrustZone architecture, a processor running in handler mode causes software to always run in privileged mode. As such, it is the recommended mode to use for running software such as a real-time operating system (RTOS) or accessing the boot image, secure keys, and other resources critical for system operation. In thread mode, software runs in unprivileged mode, but privileged processes can change the privilege level of software running in this mode. Thread mode is typically used for running application code.

TrustZone processors like the NXP LPC55S69JBD100K and STMicroelectronics STM32L552VET6 manage execution by aliasing physical program memory into secure and non-secure memory spaces. For example, the STMicroelectronics STM32L552VET6 aliases code in flash and SRAM twice—once into a non-secure address range (0x0800_0000 to 0x0BFF_FFFF) and again into a secure address range (0x0C00_0000 to 0x0FFF_FFFF). Similarly, the NXP LPC55S69JBD100K aliases physical program memory into a non-secure space starting at 0x0000_0000 and also into a secure space starting at 0x1000_0000. Each of these processors uses a similar approach for other memory types and peripherals, aliasing them twice into secure and non-secure regions.

When the processor needs to access a memory location, the ability to access that location is determined by a security attribute generated by two hardware units:

During system initialization, configuration routines running in secure mode define the security status of each region by setting a few SAU registers including:

Included in its STM32Cube MCU software package for the STM32L5 series, STMicroelectronics provides multiple template files that demonstrate use of processor features including SAU configuration. As shown in Listing 1, developers can define these regions for each configuration parameter using a macro (SAU_INIT_REGION(n)) that sets the register values in a SAU structure used when configuration settings are written to the device.

The IDAU and SAU work in concert to determine if the memory location is accessible, returning the highest security level of the two. As a processor works with the memory alias corresponding to its secure/non-secure operating state, the security attribute generated by the combination of the IDAU and SAU ensures accessibility only to regions with the matching security level (Figure 5).

Figure 5: In the NXP LPC55S69JBD100K, the IDAU and SAU combine to generate a security attribute for each memory alias, effectively removing code not allowed to run out of each respective region. (Image source: NXP Semiconductors)

Figure 6: In TrustZone processors such as the NXP LPC55S69JBD100K illustrated here, the security attribute generated by the SAU and IDAU combines with settings managed by secure and non-secure MPUs to deliver privilege level along with security level. (Image source: NXP Semiconductors)

Built into these processors, the MPU provides fine-grain access control of memory resources. In the STMicroelectronics STM32L552VET6, for example, the MPU supports a variety of access rights that differ when the processor is running in privileged handler mode or in unprivileged thread mode (Table 1).

Among those attributes, the Execute Never (XN) attribute enables developers to ensure that the processor never attempts to execute code from the associated memory region, providing another level of runtime protection. For example, in systems running code directly from flash, developers can set the XN attribute for unused SRAM regions to eliminate any possibility that the system would be compromised even if malware injection attacks succeed with those areas.

The IDAU, SAU, and MPU features of these processors provide a flexible foundation for protecting runtime execution of both system software and applications, but these capabilities are limited to the processor itself. Processors such as the NXP LPC55S69JBD100K and STMicroelectronics STM32L552VET6 carry the secure and privilege capabilities over to other memory systems and interfaces through a variety of approaches.

For its STM32L552VET6, STMicroelectronics complements the native TrustZone mechanism with its own global TrustZone controller (GTZC) designed to protect peripherals, embedded SRAM, and external memories (Figure 7).

Figure 8: In the NXP LPC55S69JBD100K, the privilege and security levels are transmitted to additional hardware units that apply these attributes to operations involving memory, peripherals, and other bus masters. (Image source: NXP Semiconductors)

Although it is important to have an understanding of the underlying mechanisms for software isolation and system protection, developers can take advantage of development support to quickly apply these capabilities in their own designs.

IoT security depends on fundamental security mechanisms for cryptography and secure storage, as well as capabilities for building applications on a root of trust based on hardware security mechanisms. Although these are all necessary for security, they are rarely sufficient to counter ongoing threats designed to exploit vulnerabilities in system runtime environments. Using tiered protection mechanisms available in a growing array of processors, developers can build secure IoT devices better able to mitigate these threats and reduce or eliminate their impact on IoT applications. 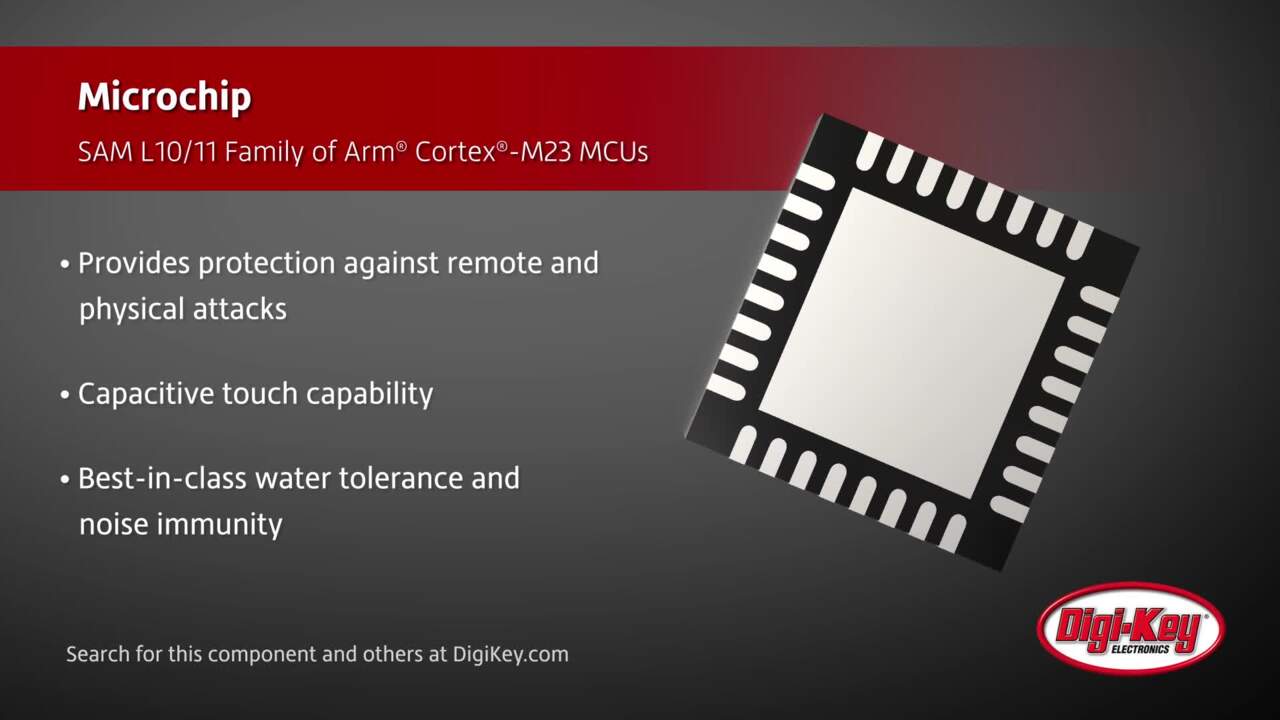 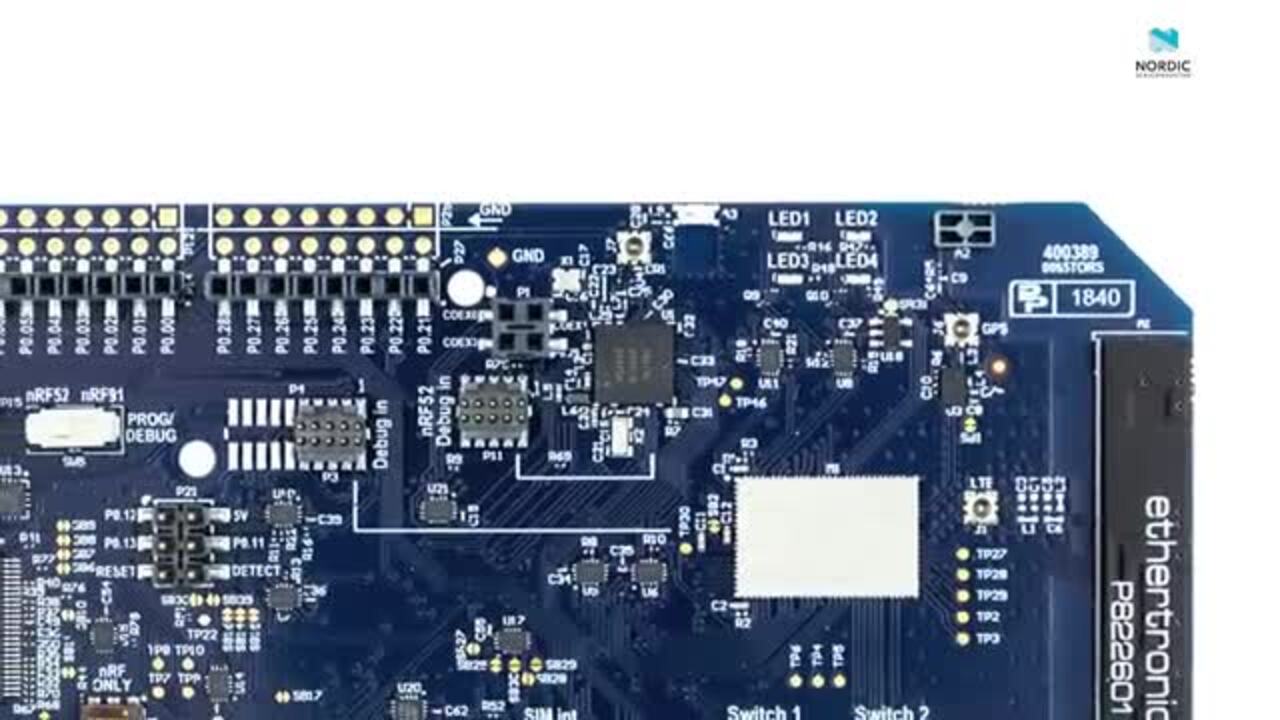 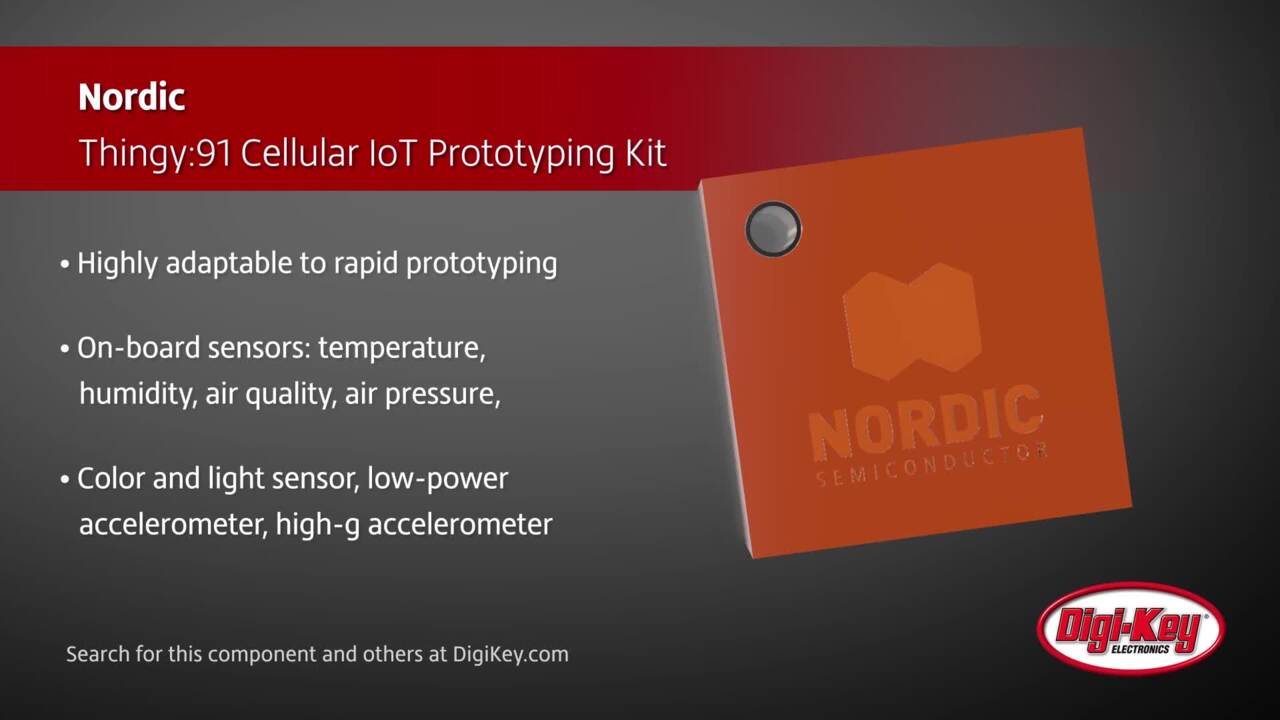 LPC551x/S1x Family of Arm® Cortex®-M33 based MCUs This presentation will intrdocut the LPC551x/S1x microcontroller family.