The article concludes with a discussion of how developers can use the development kit and reference design for each device to significantly speed their own development efforts.

In a typical wireless charging system, a transmitter system powers a coil with alternating current, resulting in an oscillating magnetic field at the coil. Placed close enough to this primary coil, a receiver coil will resonate with the field due to magnetic coupling between the coils, leading to a corresponding alternating current in this secondary coil according to Faraday’s law of induction. By modulating the current at the primary coil and the load on the secondary coil, the transmitter and receiver can each encode data as variations in the coupled field, allowing them to exchange information needed to optimize power transfer.

Of course, actual application of this straightforward concept depends on careful design of optimized circuits for power generation on the transmitter side, power conversion on the receiver side, and precise control of the process on both sides (Figure 1). Even small differences in implementation of coil circuits or control methods can result in power transfer inefficiencies that can make the approach ineffective.

Figure 1: A typical wireless charging system uses the magnetic coupling between a primary coil in transmitter and a secondary coil in a receiver to transfer power and to exchange data. (Image source: STMicroelectronics)

To ensure optimal power transfer, wireless charging standards bodies such as WPC and the AirFuel Alliance provide detailed specifications designed to provide engineers with a consistent framework for wireless charging transmitters and receivers. Newer standards such as the WPC Qi 1.2 extended power profile add a further advantage with their support for higher power transfers at 15 W, as well as bidirectional communications capabilities designed to optimize transfer efficiency.

Implementing a standards-based wireless charging system can be challenging even for experienced developers. A design error or even a mismatched set of components can degrade power transfer efficiency below useful levels. Along with the difficulty of creating an optimized power transfer design, designers face a number of specific requirements associated with the protocol. For example, the Qi protocol specifies multiple states prior to the actual transfer stage (Figure 2).

In practice, implementation of this sophisticated protocol on an optimized hardware foundation presents multiple practical implementation challenges that can significantly increase design complexity and lengthen delivery schedules. For developers, however, the emergence of integrated wireless power solutions such as the STMicroelectronics STWLC33 receiver and STWBC-EP transmitter controller have largely removed barriers to implementation of compliant wireless charging systems.

Used in combination, the devices provide an optimized solution for 15 W charging systems compliant with Qi 1.2 extended power profile. Because each device conforms to the standard, developers can use each device by itself to implement individual wireless power receivers or transmitters able to work seamlessly with other Qi-compliant products. For both devices, the availability of a complete reference design and development board dramatically simplifies implementation of wireless charging. Just as important, the boards further speed deployment of these solutions because they both have already achieved WPC certification.

Because of the STWLC33's integrated functionality, developers can implement a complete standards-based wireless power supply with only a few external components (Figure 3).

During operation in Qi mode, the device automatically performs each step in the Qi protocol described earlier. After completing the initial setup phases and entering power transfer mode, the device sends status information to the transmitter to optimize transfer – or independently terminates power transfer if it detects an error such as an overvoltage, overcurrent, or overtemperature fault. As a result, the device can operate as standalone supply.

Developers can also connect the device through its I2C interface or its configurable GPIO ports to a host processor. For example, developers might use a host MCU to disable the STWLC33 when the mobile device is away from any suitable charger, or send proprietary data packets back to the transmitter for specialized applications.

When combined with a host MCU, the STWLC33 can even serve as a wireless charger for another device such as a smartwatch or other low-power wearable (Figure 4).

Figure 4: With its dual receiver/transmitter functionality, the STMicroelectronics STWLC33 allows developers to build mobile devices that can be charged with 15 W wireless power, and that in turn can wirelessly charge low-power devices such as wearables. (Image source: STMicroelectronics)

Other than the host MCU, this dual functionality adds no further design requirements. Developers can use the same external component configuration to operate the device as a receiver or transmitter.

Note that in receiver-only designs, the preconditioning filter highlighted in Figure 3 is not required. The device includes an internal switch that allows it to use the same coil for power reception and power transmission.

Although it includes the RF functionality required for transmitter operation, the STWLC33 is not loaded with the transmitter firmware in its default configuration. Still, developers can easily load the required code into the device from the host MCU using their shared I2C connection. With the addition of ST's transmitter firmware, the STWLC33 can provide a ready solution for some wireless charging applications. Nevertheless, its effectiveness in this role remains limited by the nature of the coil. The thin coils used to optimize reception result in transmitted power levels of only about 3 W.

As with the STWLC33 receiver, the STWBC-EP controller combines a full set of integrated hardware blocks with the firmware needed to implement the Qi standard. Although its unique features support Qi 1.2 15 W operation, the STWBC-EP remains compatible with receivers using the earlier WPC 5 V standard. For 15 W applications, however, the STWBC-EP and STWLC33 provide a comprehensive solution able to take full advantage of the power transfer optimization features built into Qi 1.2.

Unlike the STWLC33, the STWBC-EP levies increased integration requirements related to its use in higher level wireless power transmission systems. In its role as a controller, the device provides control signals intended to control external power components used to drive a wireless charging coil. Consequently, designers typically need to add external power circuits, such as a DC-DC converter, to boost voltage to the levels required to properly energize the coil.

With the STWBC-EP, developers can use the device's built-in support and output control signals to operate a typical DC/DC boost converter. Here, developers would connect the STWBC-EP's DCDC_DRV output pin to a Diodes Inc. MMDT4413 buffer transistor that would in turn drive an STMicroelectronics STL10N3LLH5 MOSFET used as the power switch in a familiar boost converter topology (Figure 5).

Figure 5: The STMicroelectronics STWBC-EP eliminates the complexity associated with designing power control circuits, but developers must still create the corresponding power circuits such as this STL10N3LLH5 MOSFET based DC-DC boost converter that is required to energize the power coil. (Image source: STMicroelectronics)

In this configuration, the STWBC-EP's built-in control algorithm uses the device's CS_CMP input pin to monitor inductor current and its VTARGET pin to monitor output voltage. The algorithm automatically adjusts output voltage by comparing the feedback voltage level at its CMP_OUT_V pin with a reference voltage (DCDC_DAC_REF, not shown) that developers can program to meet specific power transfer requirements. Besides this typical boost converter configuration, developers can even use the STWBC-EP to monitor inductor demagnetization (DEMAGNET pin in Figure 5) while operating the converter with quasi-resonant switching to improve efficiency in low load operations.

Although the STWBC-EP helps simplify design of power circuits, developers can nevertheless find that the detailed design requirements associated with these power circuits work against rapid development of wireless charging subsystems. With its development kits, however, ST provides a shortcut for deployment of designs using the STWBC-EP and STWLC33.

Because of the additional complexity associated with transmitter power circuits, the STEVAL-ISB044V1 reference design is particularly helpful for rapid development of wireless charging systems. For example, along with the coil boost converter design discussed earlier, the STEVAL-ISB044V1 reference design shows the corresponding circuit required to drive a wireless charging coil such as the Wurth Electronics 760308104113 with a half-bridge power stage (Figure 6).

Even with these schematics in hand, developers can face further complications during pc board physical design. Optimized power transfer requires careful consideration of pc board routing and component placement. STMicroelectronics helps designers through this critical development phase by providing guidelines that relate the power circuit design with its corresponding pc board physical layout (Figure 7).

As mentioned earlier, circuit and pc board design are only part of the equation for successful implementation of wireless charging systems. For standards-based systems, effective power transfer depends on strict adherence to protocols specified in those standards. Because the STWBC-EP and STWLC33 each include firmware that implements those standard protocols, developers can quickly implement wireless power subsystems, particularly when using the STEVAL-ISB044V1 and STEVAL-ISB042V1, respectively, as the basis for transmitter and receiver designs.

Although the firmware for each device is delivered in binary format, ST gives developers broad visibility into the run-time characteristics of each device. While operating the STEVAL-ISB044V1, for example, developers can closely monitor operation of the STWBC-EP-based system through a graphical interface (Figure 8). Separate tabs let developers monitor and control operation of the circuit at each stage of the Qi protocol. 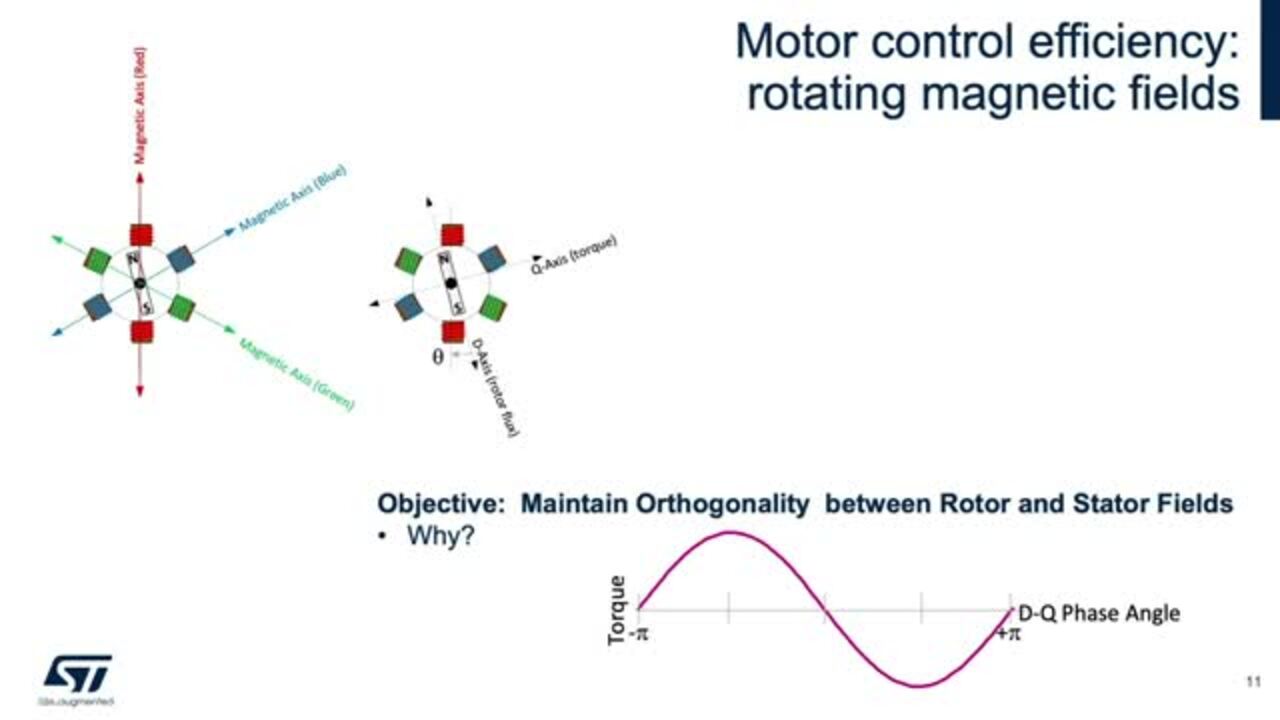 ST MOSFETs To give users a quick overview of basic MOSFET parameters and fundamentals.
WE-WPCC The WE-WPCC series offers a great solution to anyone who is looking into both or only one side of the wireless power transfer solution
Wireless Power Transfer Supports wireless charging anywhere, which is a practical feature for handheld devices including tablets, smartphones, MP3 players, and automobiles.